In the article Notes and Intervals, we examined the C major scale, the notes included in it, their intervals, as well as 12 keys of music. Now is the time to get to know other scales.

The scale is a set of notes that has a clear sequence of intervals within one octave. When moving to the next octave, this sequence is saved.

The scale consists of a tonic – the note from which it is built and a series of intervals (in the main seven modes, these are half step and whole step intervals). Let’s look at these basic 7 modes.

The same as a major scale. It has a fun, joyful sound. To begin with, consider it with tonic C. It includes all natural notes:

The change (moving) of steps in musical theory when constructing other scales is considered relative to the major scale. In other scales, the steps and intervals will be different. Further we will consider how this happens.

And now we will build A major scale:

To build A major scale, we need to find note A and keeping the sequence of intervals relative to this note, play all 7 notes located at these intervals within one octave.

If you know the sequence of major scale intervals, you can build a major scale from any note and see which notes will be included in it.

Next, we will build all other scales relative to tonic A.

The picture shows which notes are included in the A dorian scale, the steps and intervals are also indicated (designated relative to the major scale). In this scale there are ♭3 and ♭7 steps, which means that the third and seventh notes of the major scale in the Dorian mode are shifted half a tone down.

That is, if we take the major scale and play 7 notes, starting from the second step, then we will get the Dorian scale.

The Phrygian mode has a gloomy “Spanish” sound.

The phrygian scale has flat 2, 3, 6 and 7 steps relative to the major scale.

In Lydian mode the fourth step of the major scale is a sharp.

Moving along the major scale, starting from the fourth step, we get lydian mode.

The mixolydian mode resembles the ordinary major, however it is not so triumphant and complete.

In the mixolydian mode, the 7th step of the major scale is a flat.

The Locrian mode combines the mystery of the Lydian major and the gloomy “Spanish” sound of the Phrygian minor.

In addition to the main seven modes, there are other scales. Let’s consider some of them.

The sound of this scale has an “Arabic” or “Egyptian” tone.

In the harmonic minor, the seventh step is increased by a half step, unlike the natural minor.

Pentatonics is a scales, which have a 5 notes. The main 2 pentatonic scales are major and minor.

In major pentatonic scale steps 4 and 7 are absent.

This scale is most often used in rock, metal and blues and has the following structure.

The blues scale differs from minor pentatonic scale by adding of the ♭5th step.

In this scale steps 2 and 6 are absent, 3, 5 and 7 steps are also lowered. In the scale there is a chromatic part, consisting of three notes. These are 4, ♭5 and 5 steps.

In the Chromatic scale, all notes have half step intervals, i.e. if you play all the notes in order, we get the chromatic scale.

So, we examined the basic scales and their constructions. 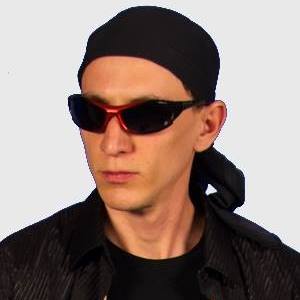 A Little More About Music

When The Sky Will Burn

Triplet Notes And They Duration